About the Georgina Kennel & Obedience Club 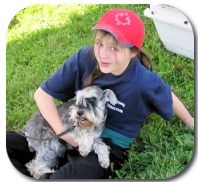 The GKOC is a non-profit organization, our mission statement is: The promotion of proper canine care, education, and representation within our operating community and at large.

Founded in 1990 by a base group of pure-bred dogs enthusiasts and breeders, the club has grown to become a respected body within the town of Georgina and the Canadian established pure-bred dog fancy.

The membership began running local obedience classes in one of the town's community halls. These lessons were offered to all canines and included puppy, basic, and advanced classes. At a later date, conformation show handling classes were also added to the roster. .

The Canadian Kennel Club granted the GKOC full recognition in 1991. The GKOC holds licensed dog shows the second week in November. Using the moneys made from those first few obedience class sessions and a sanction match, the first and second all-breed championship dog shows were held in 1992 at the Richmond Green Sports Complex in Richmond Hill. Licensed obedience trials were added in 1993 to the shows. 1996 was an exciting year for the GKOC as they were given the opportunity to bring their championship shows and trials home to their town of operation. Take a look at some of the winners from our 2014 show here.

The local library board hosts a fanfest for the younger crowd at the library and part of their character draw this year was PAW Patrol. We were asked to attend to show kids real live PAW Patrol members in their community being purpose bred dogs and the jobs they were bred to do. -Photos by Beth Lawrence. -

The membership participates in events and around the town, helping to further good will and positive canine representation. The annual Keswick Santa Claus parade, the Sutton Agricultural Fair, local business openings, elementary school visits and therapy dog visitations are but a few of the clubs involvement's. 1998 saw the club join with the local canine control arm of the town to hold their first successful rabies clinic in Keswick. As a further gesture of good will, the club donated the moneys from the admission to the annual shows to local charities and to a bursary at the local high school.

It is COLD out there - bringyour pets inside!

Everyone wants their dog to be a good neighbor. Let us assist you reach that goal. We offer insight into dog behavior, assistance on specific problems and help you on your way to having a well behaved and trained dog.

*PLEASE NOTE: We cap our classes due to size of our facility and for teaching purposes. Classes are filled on a first come, first served basis. There is no 'pre' sign up. Plan to arrive early on our registration evenings.*

Please contact us if you need further information or directions.
E-mail: gkoc1@yahoo.com